CLATapult has formally tied-up with Mother’s Public School, a premier school located in the heart of Bhubaneswar. 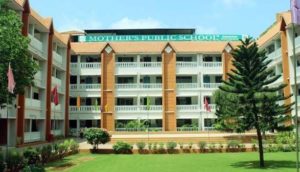 Several students from Class XIth from the school showed an inclination towards pursuing Law as a career and after attending seminars from various CLAT Coaching institutes in the city, the school decided to have CLATapult as its official partner to conduct classes for CLAT in their school campus.

It must be noted that CLATapult is a CLAT Coaching tutorial with its head-office in Kolkata. Over the past several years, CLATapult has continuously churned out toppers from Kolkata and is the most successful CLAT tutorial from the state.

With the beginning of its operations in Bhubaneswar from June this year, several Kolkata-based faculty have travelled to Bhubaneswar on a weekly basis to conduct classes both in the CLATapult Center as well as in the school.