Time to Time your Time: Time Management in those 120 minutes

When Chandragupta Maurya challenged Dhanananda, he was merely an ambitious upstart aided by Chanakya and a handful of warriors; while his opponent ruled the world’s richest state and commanded an army that even the mighty Alexander was hesitant to attack. Guess who won?

“Ten soldiers wisely led will beat a hundred without a head.”

If history has taught us anything, it is that planning and preparation will defeat talent and strength any day. So, when Sherlock says, “Brainy is the new sexy”, he isn’t exactly correct. There’s nothing new about the fact.

January is just around the corner. As the year and you both yawn and slip into your PJs, your eyes fall on the new calendar and it suddenly hits you that you have only 4 months left to prepare for CLAT! 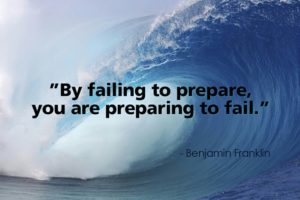 But you have the CLAT pattern at your finger-tips, M. K. Pandey and R. S. Agarwal and their brethren dutifully lying at your table (or Amazon Wish list), you’ve solved the past year papers (including those before CLAT), you’re acing sectional mocks like a pro – but is it enough?

I wouldn’t agree. Why?

Because CLAT (like any other red-letter day) is only interested in your position on the rank list vis-à-vis your final score. That two-digit or three-digit number will take the final call on how, where and with whom you spend the most important years of your life.

See, to a casual observer CLAT looks like a harmless trek; easy to scale. But as you embark on the laborious journey, you begin to get an idea about the frostbites – the ‘quicksand-like’ tricky questions, house of horrors aka GK, alien looking logical questions and not to forget, the pressure finishing at least 150-180 questions in about 120 minutes.

So, here is an important but often overlooked aspect – planning your test. I don’t mean a preparation routine (which is also crucial), but a concrete strategy on how to approach and solve the paper; so that you may score maximum marks in those 2 hours.

To begin with, let’s be clear on your SWOT – Strength, Weakness, Opportunity, Threat – no use lying to yourself (Remember, you’re a lawyer. You lie only when you are getting paid for it!). Mark the subjects you feel are your fortes and ensure that you don’t ignore them and focus solely on your weak points (as we mortals always tend to do with the small, good things in life).

Think! Say you are good in English and GK and terribly weak in Maths; don’t just practise Maths 24×7, completely passing over English and GK. Remember, a correct answer is worth the same 1 mark – be it in the English, GK, Maths or any section. (This does not mean that you can totally overlook Maths; it’s just a reminder to also pay heed to the other sections on the side). Your mission is to secure a coveted seat in a top tier NLU. For that you need a good rank. So, the more marks you’ll score, the better the prospects will be for you.

An ideal strategy in solving the paper is … something which I don’t believe in. We are all different people with varying strengths and drawbacks, which can’t be stuffed in a one-size-fits-all strategy. I personally could never wrap my head around the “English-GK-Math-Logic-Legal” routine. Instead, let me tell you the method I used to follow so that you get an idea and can formulate your own battle plan.

I always started with Legal (30 – 35 minutes) since it was something I knew I could solve quickly and easily. Plus, I wanted to read the questions carefully so as to not risk even a single mistake in the 50 marks Legal Reasoning. Remember, it’s best to kick-start with a ‘can-do’ attitude and save your jittery nerves for latter. Lesson for today – never begin with a section you are uncomfortable with.

Next, I went to GK and Current Affairs and spent a modest 10 – 15 minutes. Warning: Some people tend to get stuck here on a particular question (a habit applicable to other sections too!) and waste precious time “trying” to remember or (even better) guess the correct option. Bear in mind what Yoda said, “Do. Or do not. There is no try.”

After that, I solved English for about 25 minutes. I always went for the smaller questions (synonyms and antonyms, fill in the blanks, spelling etc.) before tackling the large and often verbose comprehension part.

Logic came next on my list. Syllogism, logical patterns, conclusions and assumptions – were my Achilles heel (Google if you don’t know what it means!). I spent around 30 – 35 minutes there and mark about a score questions or so. I was especially wary (as you too are, if you’ve practised this area) about critical reasoning. My modus operandi was to answer a question only when I was absolutely sure of being correct.

Finally, I ‘tried’ (Yeah, I remember what I said!) to do some Maths. As far as I can remember I struggled with numbers for some good minutes before the 2 hours would be finally over. (Imagine my surprise when I got 8/20 here in C‘L’AT 2015!)

In your “David-versus-Goliath” fight against CLAT, be sure to use your slingshot and use it well!