Yashashwini Santuka, a classroom student in CLATapult, fetched an AIR 147 in CLAT 2018. This is the third year in a row that CLATapult has had such terrific results, after the splendid performances in CLAT 2016 and 2017 by Sreeja Pal and Anindya Kanan (their interviews are HERE and HERE respectively).

In this Interview, Yashashwini talks about her journey from her decision to start preparing for CLAT after her Class Xth to the outstanding news of fetching such an amazing rank in CLAT 2018. Although she took CLAT in Class XI and cannot join a law school right now, her fantastic rank (that fetches one a seat in NUJS) surely deserves applause. 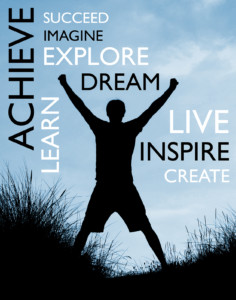 What prompted you to choose law?

I was not very sure about what I’d go for after class 10, with an interest in social sciences and English I considered law among other options. But after closer speculation, it seemed like the right path for me, something i would enjoy, something that wouldn’t let me rest and excite me in some ways.

When did you start preparing for the exam? Take us through how you prepared for each subject in CLAT.

I started preparing for CLAT when I was in class 11, since I opted for a junior college instead of a tight 8-3 school schedule. I had a little more time than others in school to give to my preparation for CLAT.

I attended all the classes throughout the year, which is essential since all topics are discussed at length in the classes, regular tests are taken. The classroom process, overall, helped me a lot. English was an area I was most comfortable with since I was good at it in school, so a little push on the vocabulary front which was through “word power made easy” and some strengthening of grammar was pretty much it.

The general knowledge section was sort of tricky, because being in a boarding school, completely ignorant of the fact that the newspaper is to be read for information except perhaps the first page or some gossip related to actors was not very helpful. I had to inculcate the habit of reading the newspaper everyday, which by the way is a great way to increase your reading speed and your vocabulary while giving you a lot of information for current affairs. The static GK section was mostly covered through Pearson and the notes, tests we got in class.

Legal being new seemed interesting. Discussing certain tricky questions in class, practicing a score is enough. The CLATapult material is enough for it, well, the classes satisfy most of the needs for it.

Coming to your incredible CLAT score – what was your initial reaction to it?

I was happy because I had scored more than what I did in the mocks I had taken previously. But not so much since I didn’t know if that would suffice since we didn’t know how others had scored.

How did CLATapult contribute to this?

​CLATapult has been a huge contributor to my position at present. Learning from the people who have been there, done that is a great advantage for any aspirant. The classes have always been fun, included tips and tricks which add up to what you do on your D-day. Everyone at CLATapult works tirelessly towards our success in a way that it isn’t monotonous or boring for us, including MATHS. The teachers are always ready to take doubts at any hour and their encouragement helped me immensely.

Which skills and abilities do you consider important to do well in CLAT?

Maintaining your composure through the exam as well as the process of getting to it and being alert at all times are the skills you require the most to ace the test. You lose your calm and mess it all up. Staying alert is important since that’s what the exam is all about. All that we’ve learnt is useless if don’t use it in the way we’ve been asked to.

Your strengths and weaknesses – how did you deal with them?

As mentioned above, English was my strength. It also helped me to cruise through critical reasoning without much trouble although it took quite some practice to get acquainted to it. Maths was the subject I feared so much that I wouldn’t attempt the questions I could solve and ended up answering questions recklessly, guessing mostly. Self- doubt took over mostly that led to all this. But the classes and other interactions, solving questions helped me improve and rise above the struggle. I wouldn’t say I’ve conquered my fears and have no problems with it now, but I sure feel better at it.

What do you think might have been the ‘special ingredients’ in your strategy that put your score so high up the scale?

I don’t think there were too many special ingredients in my strategy since it was pretty basic. But I do think I did better somehow because of my reading speed which developed through the preparation process and other ways which gave me an edge over those who couldn’t read many questions and ended up leaving them. My strategy  to attempt the paper in a certain way which is sometimes ignored by people, was one of the reasons. With the words of advice we got from all the teachers and various other methods they employed as aspirants or asked us to employ were a bonus.

Mock tests – useful or over-hyped? Which ones did you take and how did you go about them?

Far more useful than they’re talked about. Mocks are the most important thing after one is done with the initial preparation. I tried to give all the mocks I could catch hold of, all India mocks or any free ones apart from the CLATapult mocks of course. The way one takes a mock may vary from person to person, but what truly matters is the analysis after it or the number of mocks you take would just be rendered useless. The mock scores don’t necessarily define your performance since the level of each mock is different, each mock tests you on different grounds. Just like the clat coaching classes in Bhubaneshwar, students get the same guidance and opportunity to appear for the mock tests in Kolkata clat coaching classes. Clatapult is one of the leading clat coaching centers in kolkata.

Any words of advice for the aspirants?

CLAT by far is not the insurmountable mountain it is infamous to be. Consistency and will power are the most important ingredients, in the recipe for success, well for CLAT at least. Trust yourselves and you are halfway there.